Skip to content
Latest News LarryMay 5, 2020May 6, 2020No Comments on Celebrating 3 years on Native Voice One 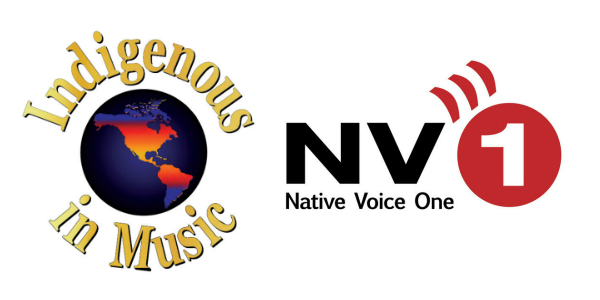 Coming this October we will be celebrating our 3rd year anniversary on Native Voice One – The Native American Radio Network.

We are streaming daily on the web at http://14013.live.streamtheworld.com/NV1.mp3.

NV1 obtained by our parent company Koahnic Broadcast Corporation in 2006, is a public radio distribution network providing programs from a Native perspective. At the writing of this article, we distribute 12 programs to over 180 public and commercial radio stations in Guam, North America, and Sydney, Australia. Each of the programs are independently produced and/or hosted by Native Americans.

Thank you for letting me in your head, and filling it with some words. I hope that you find it enlightening, entertaining, and engaging. I am Bob Petersen, the Network Manager for Native Voice One (NV1). In case you are unfamiliar with NV1, allow me to give you a brief introduction.

Whether it is following Tweets, or getting inundated on your Facebook news feed, streamed or downloaded podcasts, or if you get your news from television – or hopefully the radio, or print media; the American cultural landscape is in turmoil. The turmoil raised may be a result of the mixing of cultures, heritages, ideologies, and ever-changing demographics. Leadership principles seem to have given way to soundbites, then to late-night tweets and seem to be moving to the trolling meme.

Those who have only joined the journey on the rough path – only know the struggles and not what lies ahead. The Native voice is capable and the source that can be the voice that cuts through the clutter, the obstacles and misperceptions that threaten to take one off the path. Currently – the Native perspective is not readily available from any other outlet. This is harmful not only to the Native population but also to those that are a part of our community. This is the importance of having a service that NV1 is providing.

Our programs are award-winning and long-running. National Native News has been on the air for 30 years with over a quarter-million listeners each week. Native America Calling, a Monday- Friday live call-in radio program has over 60,000 listeners each week. Now we are celebrating an addition to
our Program list.

Our newest program that we are distributing is ‘Indigenous in Music’ with Larry K. A weekly two-hour mix of new music in rock, pop, country, hip-hop, blues, house and electronica by Indigenous musicians from around the Western Hemisphere, hosted by Larry K (Ho-Chunk Nation).

Celebrating 3 years on Native Voice One